Images from books and other distractions

Weeks of overseas travel plans had to be suddenly cancelled yesterday so I am busy distracting myself from thinking about what we would have been doing in Amsterdam on Monday.

I started knitting a new mitten pattern, the ones I was going to knit on the plane from Sydney to Doha. The pattern is the Bunty Mitts and they remind me of the trees in a favourite painting by Mitjili Napparula. 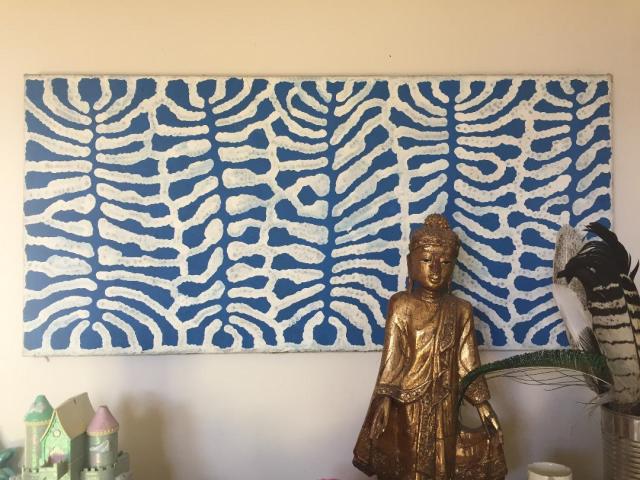 This is the painting by Mitjili Napurrula 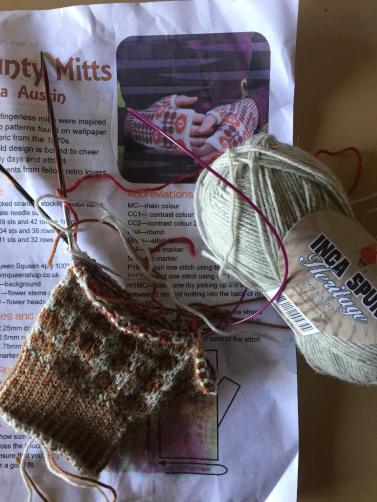 Here is my first Bunty mitt

The similarity between the mitts and the painting doesn’t seem so obvious here but in my mind one spurs memory of the other.

I am also re-reading Night Train to Lisbon by Pascal Mercier. I love this book a lot for the story and the way it is written but also for the philosophy of Amadeu de Prado, the fictional author of the book that drives the main character, Raimund Gregorius, to change his own life so dramatically.

Night Train is full of descriptions of place and plays a lot on the idea of the exotic, in the sense of anyone or anywhere unfamiliar being exotic.  Early in the novel Gregorius recalls how he had wanted to move from his home in Switzerland to Isfahan after he graduated from college. He even got a job as a tutor but was haunted by a dream of the desert sand blinding him and decided not to go.  An image of what Isfahan might look like came into my mind. I painted this sketch of a 1970s photo of Isfahan, maybe this is what the market in the city looked like when Gregorius wanted to go there? 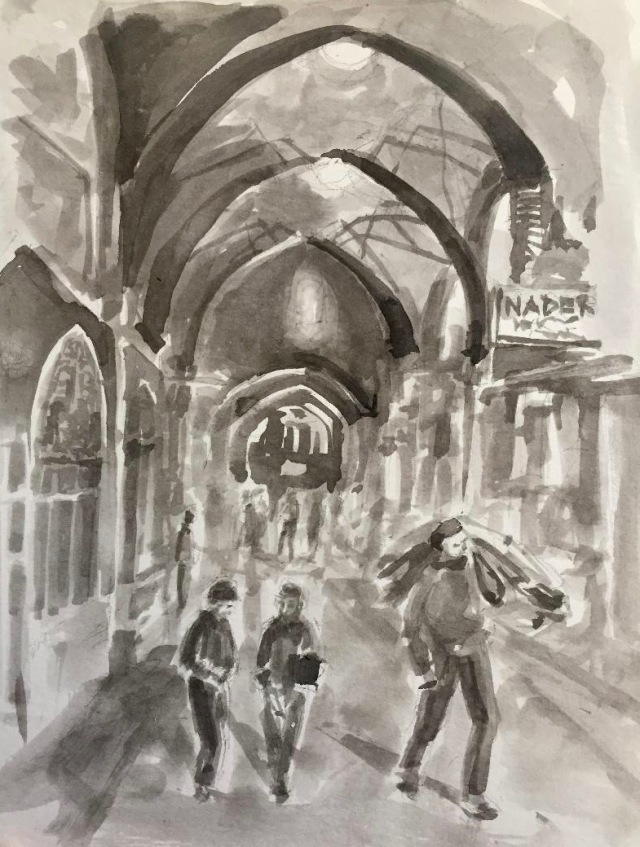 This morning we decided to go to Cantys Bookshop in Fyshwyk because Gregorius quotes from Marcus Aurelius’ Meditations. I want a copy.  There wasn’t one there and Luke at Cantys told us that it is a very popular book and copies rarely stay on the shelves for long. However we bought quite a few other books so all was not lost.

We also went to the Fyshwyk markets and bought real donuts to have with tea when we got home.

It’s not Amsterdam, but we are doing okay.

This entry was posted in Uncategorized. Bookmark the permalink.